Stone castles were defensive and could survive attacks by fire. The thickness of the walls served as a defense against weapons. The high walls also gave their archers a big view. These are some of the military reasons castles were built from rock.

They were more permanent than wood and if built correctly, stone castles would last hundreds of years. And obviously they were so grand, that only kings could afford them.

The disadvantages to stone castles were they were incredibly expensive and time consuming to build. Many medieval castles took years to build. The manpower to build these stone high rises was astounding to say the least. Click Here For More Stone Castle Information. 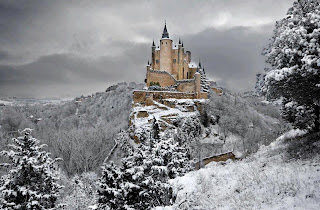 Posted by Unknown at 3:10 PM No comments:

The Dry Stone Wall Association of Ireland kicks ass. They know how to lay a mean wall. Their work is beautiful. They do some BIG walls too. They did one 12 ft high recently which had a 4 ft base. 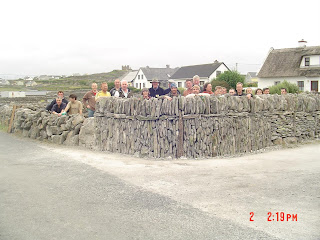 Posted by Unknown at 8:33 AM No comments:

We are pretty impressed with some of the work these guys have done. The sitting area they created out of stone on their home page is superb. Check out stone art photos for some great ideas on stuff to build out of rock. 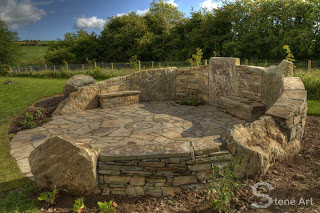 The Dry Stone Conservancy (DSC) is known for its preservation and restoration of dry laid stone structures and promoting the ancient craft of dry stone masonry. They build and rebuild stone projects around the country. They also provide career certification levels for stone masons: drystone mason, journeyman mason, and master craftsman. Click Here to see pics of some of the DSC stone projects. 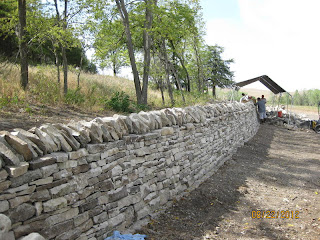